Day 1
Arrival in St.Petersburg, a city which is only over 300 years old but which has witnessed many historic events. Founded by Peter the Great in 1703 on the marshy lands, it turned into one of the world’s architectural masterpieces. The city still bears the odour of splendour of the Imperial capital, which you can sense during the transfer to the hotel.

Day 2
After the breakfast in the hotel a sightseeing tour features St Isaac’s Cathedral, the Peter and Paul Fortress, the Admiralty, Nevsky Prospect, the Palace Square, the Senat’s Square, the Cruiser Aurora, the Church on the Spilled Blood, the Kazan Cathedral. This day you will also enjoy an included visit to the Hermitage Museum located in the Winter Palace – former residence of Russian Tsars - to see one of the world’s largest collection of paintings of such celebrated masters as Da Vinchi, Rembrandt, Titian, Rafael, and works of art including Egyptian carvings and Impressionist paintings.

Day 3
After the breakfast in the hotel you will visit the fabulous gardens and fountains (operating in summer) of Peter the Great’s summer residence in Petergof, located at the coast of the Baltic Sea in 25 km from the city. For over 200 years the Great Palace in Petergof was used for official ceremonies, lavish feasts and formal receptions.

Day 4
Breakfast. Transfer to the airport or the railway station.

Package price from 185 euro per person. 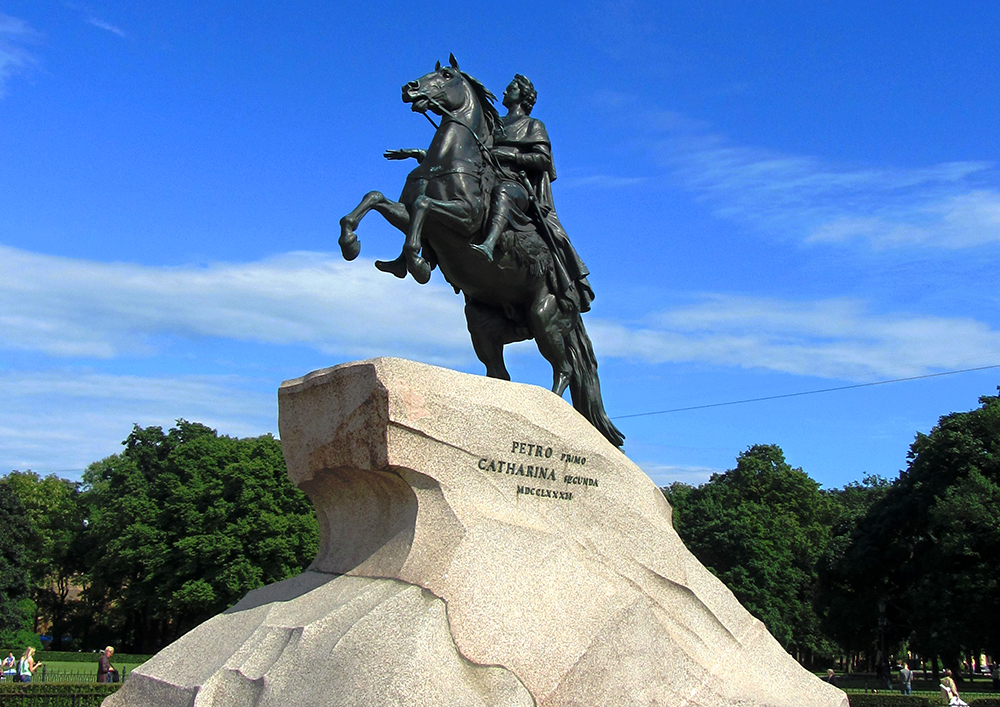